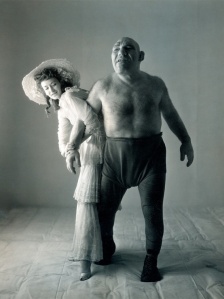 Carly sat at the table watching her dad as he stirred his coffee, his face hidden behind the newspaper. Her bowl of cereal sat untouched in front of her, the flakes already puffed up and soggy from sitting in the milk too long.

‘Hmm?’ he replied. He lowered the paper just long enough to notice that she hadn’t eaten her breakfast. ‘You need to eat that,’ he said.

Carly pushed the spoon around the milk and frowned. ‘Dad?’

He dropped the paper on the table and stared at her and she felt her bottom lip start to quiver.

As he stood up from the table, he gave her shoulder a quick squeeze. ‘We’ll speak  later, okay honey? I’ve got a busy day today. You get that breakfast eaten and get yourself off to school.’

Carly sniffed and nodded. ‘Okay, dad,’ she said, ‘love you…’ But he was already out of the front door.

Carly wished he’d had time to talk to her, just for a minute. She’d wanted to tell him about the Bad Man.

The one who had stolen Laurie Cheevers.

Some of the other girls at school said they’d seen him. That he was 8ft tall with a head the size of a bowling ball and pointy ears like the devil and teeth sharper than knives. Carly had said there was no man in the world who looked like that and the other girls had laughed at her and said she better run home to her daddy before the Bad Man came to get her next because he preferred little girls who didn’t have mummies.

Already running late, Carly cut through the woodland behind her house and found the whole place swarming with policemen and dogs and the crackle of walkie-talkies.

She’d tried to tell her dad that she’d seen the Bad Man in the woods… and now they’d found him!

She skipped through the final dark canopy of trees and was almost back in the sunlight when she heard a small grunt; felt the weight of a shadow pressing on her back.

Too scared to turn around, she stood still and waited for the Bad Man to grab her. She screwed her eyes tightly shut and tried to picture Laurie Cheevers’ smiling face on that last night they’d been together, on the school trip to the circus.

This is my entry for Anna ‘Flash Fairy Queen extraordinaire’ Meade‘s ‘Behind the Curtain’ Flash Fiction Contest – you can find all the information on Anna’s Yearning for Wonderland site by clicking HERE.

Entries are accepted until Midnight (EST) Saturday 13th October. You can read the other entries (and add your own) by clicking on the linky link below.

27 thoughts on “FREAK: 'Behind the Curtain' Flash Fiction”