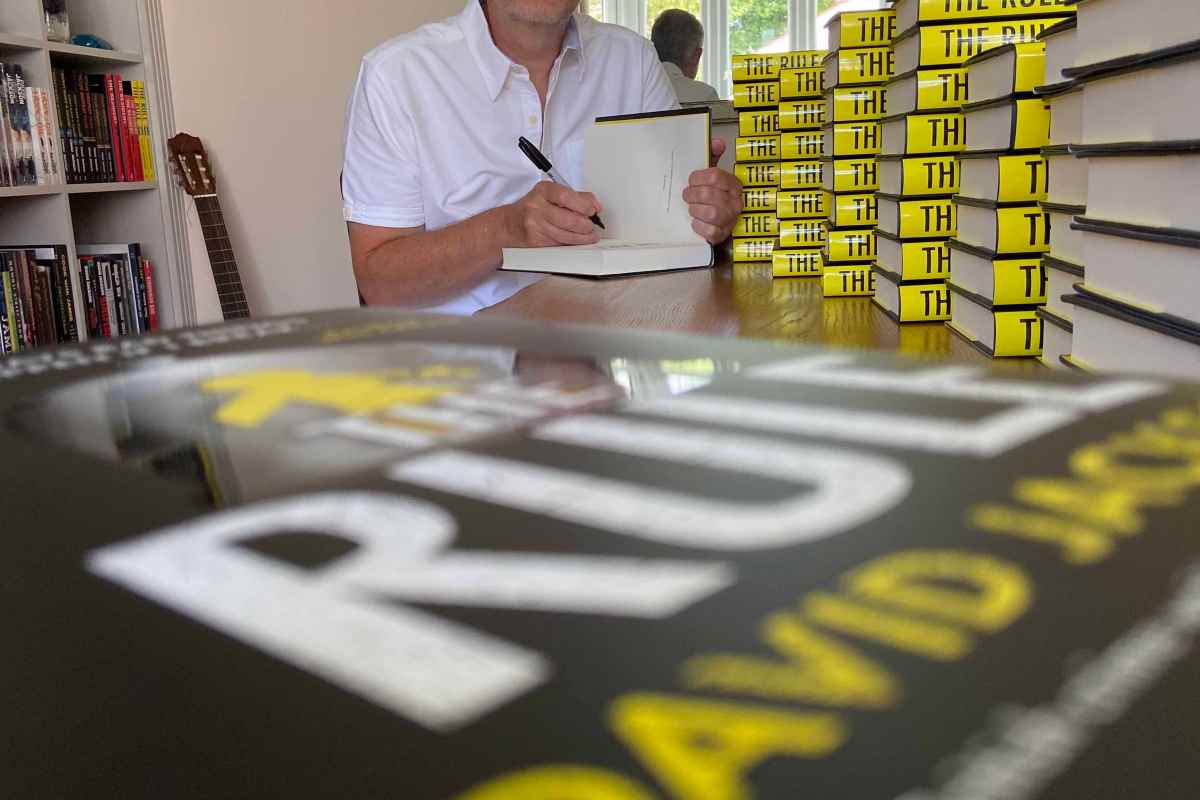 This week I’m probing the very lovely David Jackson, who was one of the first crime writers I got to know, and met in person at Harrogate in 2012 – which seems like a very long time ago! David’s debut novel, Pariah, was Highly Commended in the Crime Writers’ Association Debut Dagger Awards. He has written a string of internationally published crime thrillers since then, including the bestseller Cry Baby, nominated by Amazon as one of their Best Books of the Year. The Guardian newspaper said of his work: ‘Recalls Harlan Coben – though for my money Jackson is the better writer’.

Take it away, Dave!

What is your most unrealistic ambition?

Winning a three-legged race on my own.

Have you ever been punched in the face?

Yes. Boxing at school. I refused to take part, so the teacher hit me. It was a tough school.

What would you cook on Come Dine With Me?

The guests. With fava beans and a nice Chianti.

Invisibility. Nobody ever knows I’m there. (Expressions of sympathy in cash to the usual address, please)

Do you pair your socks?

Have you ever had your fortune told?

Yes. She told me that my life line was so short I must already be dead. We argued the toss for a good ten minutes.

What was your first gig?

My first author gig was at a library. As an ice-breaker, the small audience had to attach names to the author photographs on the wall. Even though I was the invited speaker, they decided that my own photo was of Douglas Henshall from the Shetland series. Later, someone asked how I could possibly continue my police series when the protagonist had suffered such catastrophic injuries. Turned out she’d read the wrong book.

Do you worry about swallowing spiders in your sleep?

No, but I spend much of my day ensuring they worry about swallowing me.

Would you rather give up washing, smiling or reading?

This question required research, so I’ve given up washing and smiling. Nobody comes near me now, so I’m getting lots of reading done.

What’s your most treasured possession?

My ring. My precious ring. Nasty hobbitses wants to steal it, so I only wears it at parties (see above).

If you want to know more about Dave, you can find him on twitter @Author_Dave. His books can be purchased HERE.