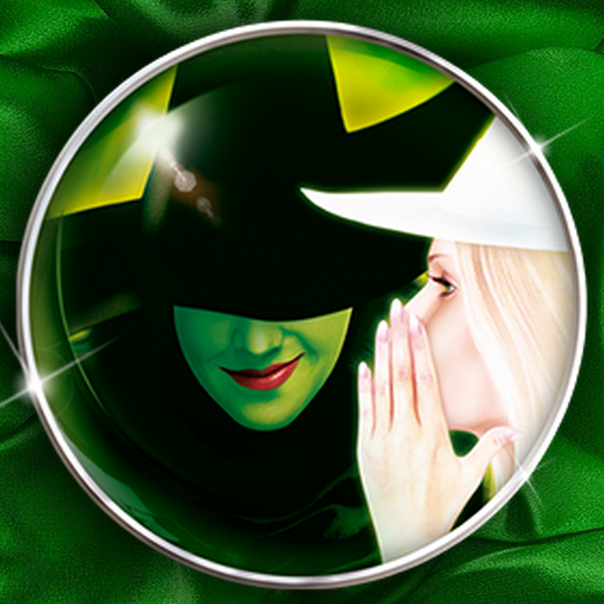 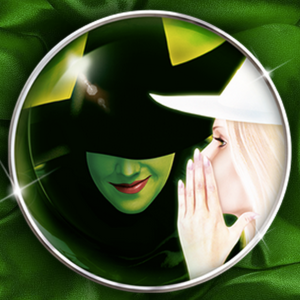 Once upon a time, Elphaba (Elfie) was born with the unfortunate affliction of being bright green, seemingly because her mother was a cheating harlot who got drunk on potent green liquid and slept with a mysterious, flamboyant man* who was far more exciting than her husband, the Governor of Oz. Her sister, Nessa, was born with an un-named disability caused by milk-flower consumption (did their mother not learn from her herbal dabbling the first time?) leaving her wheelchair bound. Clearly disabilities were a big part of the theme, as the whole show was signed for the deaf by an incredible woman who stood at the edge of the stage for the entire three hours of the show.

The girls get sent to a Hogwarts-esque witch and wizard university, where we meet Elfie’s roommate, Glinda – the spoilt, popular one (blonde, ditzy, completely vacuous but OH SO NICE, except when she humiltates Elfie at the ball by making her wear a witch’s hat…) In contrast, Elfie is a bright-green dorky outcast, shunned, even, by her sister who is taken under the headmistress’s care. Elfie soon becomes suitably outraged when she discovers that animals are being marginalised and no longer allowed to speak or have proper jobs (‘I’m the token Goat’ says professor whatshisname, the history teacher, in one of the many humorous moments of this show). Glinda soon realises her error, and joins in with Elfie’s awful dance-moves, encouraging everyone else to do the same. She then gives her a Sandra Dee style makeover, by removing her glasses and un-plaiting her hair. Wow – who knew that green girls could be so good looking?

Cue ‘handsome but stupid’ Preening Prince who appears on the scene, capturing the heart of both Glinda and Elfie, not to mention every other girl who crosses his path. Cue devastation of munchkin, Bok, who wanted Glinda for himself. No chance mate, and to be honest you could do better… like Nessa, Elfie’s disabled sister… except he only asks her out as a favour to Glinda, so that’s never really going to work out. Besides, the Preening Prince is not actually a thick as he looks, he’s just weak… and thus never confesses that his true love is weirdo Elfie.

It soon becomes apparent that the green geek, Elfie, has special powers… hence she is whisked off to meet the Wonderful Wizard of Oz, and of course is mildly disappointed when he’s just a fat bloke with a sketchy American accent, hiding behind a terrifying giant gold robotic mask with glowing eyes and a growling voice. But lo and behold – Oz doesn’t want to use Elfie’s powers for good… he wants to continue his reign of terror and oppression and get all animals back in cages and have the accidentally created flying monkeys to act as his spies… ‘No, no…’ cries Elfie, realising what a total mess she’s made of it all with the spellbook written in an unreadable language. So she runs away into the wilderness of the Land of Oz, vowing to fight for animal rights and minority creatures.

Much, much later… Elfie returns home and grants her sister’s wish of making her able to walk, but his leads to the miserable munchkin attempting to do a runner… followed by a bodged spell by Nessa, stopping his heart, and a remedy by Elfie, rendering him with a wooden one and a tin body… Elfie, having screwed up AGAIN while trying to be good, does another runner and decides she might as well be Wicked… The leaders of Oz do a great PR job, with the help of the Tin Man, twisting events to make it look like Elfie purposely hurt everyone, including the caged lion cub she liberated while still at school… leading him to become withdrawn and too cowardly to even appear on stage.

The Wizard’s PR chick (also head of the uni and in support of all evil plans) whips up a tornado, causing a house to land on top of Nessa, killing her… Elfie turns up – devastated – especially when she realises that ‘some farm girl’ called Dorothy has stolen her sister’s fancy jewelled shoes… so she finds her and kidnaps her and remains Wicked… even when the Preening Prince turns up, who loses his life trying to save her *sob*

Glinda appears, and realises that her prince was never her prince – he always loved Elfie, and she vows to do good work and never to tell anyone Elfie’s real story… leaving her to be melted by Dorothy’s bucket of water. Glinda returns to Oz to sort the place out, getting rid of the evil headmistress/PR woman and helping to re-instate animal rights.

It’s a bittersweet ending, with Glinda the Good in charge of the kingdom of Oz, but she’s got no friends and her fiancé is dead. But she’s cool with that. Because she just wants to do good.

So it’s all yay to the strong women – sisters doing it for themselves. Except for the shocking twist ending where it turns out that Elfie faked her death and ran off with her best mate’s fiancé, the Preening Prince, now humbled, since she turned him into a scarecrow.

Note: *The mysterious, flamboyant man that gave Elfie’s mother the green liquid was in fact – the young Wizard of Oz – aka, Elfie’s real father! Shock!

Yesterday I went with my husband and my parents to see Wicked at The Apollo Theatre in London. I had really no idea what to expect, other than that I knew it was some sort of Wizard of Oz spin-off, a backstory to the witches. What it was actually about was bullying, acceptance, trust and empowerment of women… it was also brilliantly made and very funny. Recommended.